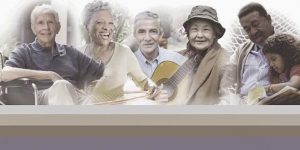 Loneliness and social isolation can be as damaging to health as smoking 15 cigarettes a day, researchers warned in a recent webcast, and the problem is particularly acute among seniors, especially during holidays.

Two in five Americans report that they sometimes or always feel their social relationships are not meaningful, and one in five say they feel lonely or socially isolated. The lack of connection can have life threatening consequences, said Brigham Young University professor Julianne Holt-Lunstad, who testified before the U.S. Senate in April, 2017 that the problem is structural as well as psychological.

For example, the average household size in the U.S. has declined in the past decade, leading to a 10 percent increase in people living alone. According to the U.S. Census Bureau, over a quarter of the U.S. population -- and 28 percent of older adults -- now live by themselves.

The good news is that friendships reduce the risk of mortality or developing certain diseases and can speed recovery in those who fall ill. Moreover, simply reaching out to lonely people can jump-start the process of getting them to engage with neighbors and peers, according to Robin Caruso of CareMore Health, which operates in 8 states and the District of Columbia with a focus on Medicare patients. Her "Togetherness" initiative aims to combat "an epidemic of loneliness" among seniors through weekly phone calls, home visits and community programs.

The two were among presenters in a panel discussion hosted by the National Institute for Health Care Management -- a non-profit research arm of the health insurance industry.

Among key findings: An estimated $6.7 billion in annual federal spending is attributable to social isolation among older adults. Poor social relationships were associated with a 29 percent increase in risk of coronary heart disease and a 32 percent rise in the risk of stroke, studies have shown. Authorities expect the financial and public health impact of loneliness to increase as the nation's population ages.  Source: CareMore Health

What the science says: